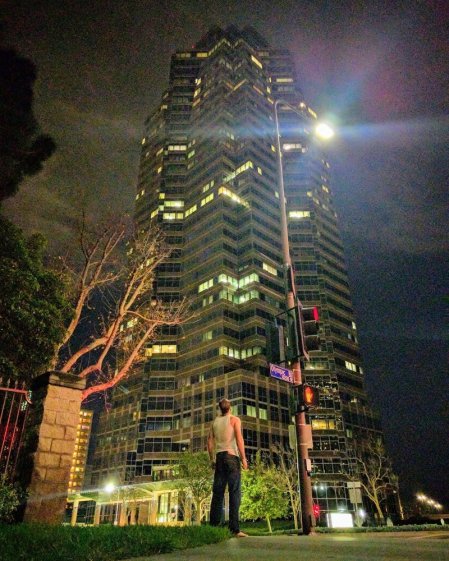 A Tribute to My Mentor

How do you talk about a friend who died in the most abhorrent of ways? You talk about how they lived, about their kindness and wisdom.

I launched my filmmaking career with an internship at Davis Entertainment (Predator movies, Magnum PI, The Blacklist), overlooking 20th Century Fox Studios, a few floors below Ronald Reagan’s office, in the skyscraper Hans Gruber blew up in Die Hard.

The head of the division, where I’d signed on for nothing-per-hour and all the abuse I could eat, was a hot-tempered woman who passed out negative criticism like candy to trick-or-treaters. Surrounding her office was a cadre of anxiety-fueled junior producers who cursed like, well, not sailors because sailors actually use some non-curse words.

The moment I entered this Hollywood pressure cooker with my bizarre non-cursing demeanor, I got noticed by the Director of Development. Janet Burrows was a soft-spoken, relentlessly upbeat former actress who’d come to Hollywood with stars in her eyes, then discovered she liked making movies even more than she did acting in them. She told me, in so many words, “You’re the one-of-these-things-that’s-not-like-the-others,” and then admonished me to ignore the others and be my true self. She instantly became my mentor. And my friend.

Good screenplays have good bones. I’d studied writing, but knew little of screenplay structure. Janet taught me how to create a proper story arc, a strong narrative drive, crisp dialogue, and a conclusion with its DNA woven throughout the script. She gave me responsibility unheard of for an intern, trusting me to actually develop new movie projects.

Conversely, when she got engaged, it was me she came to for marriage advice. “Why?” I asked. “Are you serious?” She looked around at the cursing producer’s offices. “Do you think they know how to stay married?”

Four months after I began, I managed to secure the movie rights to a highly sought-after books series. I took it to Janet, and she said, “You’re fired.”

Then she smiled and explained that, as an intern, I’d get nothing but a friendly “thank you” for bringing them the project. So, following her advice, I came back the next day as an official non-cursing movie producer, and she signed a deal with me.

When she moved to Warner Brothers as a V.P., she continued our development deal, and our friendship. A few years later, she got pregnant; I couldn’t have been happier for her and her husband Ed.

But four months after that, her assistant Kevin called with news that still echoes like a nightmare in my memory: an intruder, motive unknown, had broken into her house while she was alone, and murdered her and her unborn baby. Who would kill one of the most decent people on the planet? One Emmy-winning investigative journalist thinks it was because she was developing a film project about a high-level government cover-up. Janet was fearless and true to herself to the end.

It’s been nearly twenty years since she died, but I still think of her often. And when I do, I thank God for the friend and mentor who encouraged me to be

31 Responses to A Filmmaker’s Journal