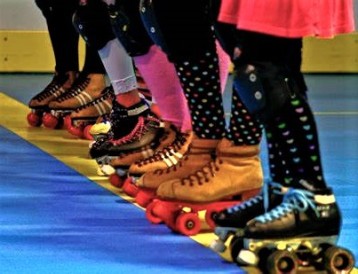 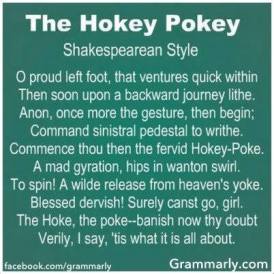 Sometime during my pre-teen years, I discovered a magical place that combined two of my favorite things: Wheels and Girls. I lived on wheels; if I wasn’t on my bike, I was on my skateboard. I liked skates but had never ridden anything but the metal clamp-on kind that virtually doubled my bodyweight and rolled a quarter of a mile an hour. So, no, I was faithful to my skateboard, and couldn’t imagine cheating on it with some cheap, tawdry pair of skates.

But then I discovered The Roller Rink! There was one near me, and it not only had a smooth wooden floor, it had special rental booties with professional-ish looking rubbery wheels built right onto them! Plus, they played music while we skated–the same groovy rock-n-roll that authentic card-carrying teenagers listened to!

Aaaaannnnd … there were Girls there. Lots of ’em! In fact, they actually outnumbered the guys. My buddies and I liked those odds. What odds? Why, the odds of scoring with a real life girl. And by “scoring” I mean, hubba-hubba, you know, having an actual conversation!

The problem was, they were moving. Fast. So you couldn’t actually talk to them. I could at least smile at one, I thought. But to do that I’d have to get up a head of steam, skate past her, and then look back with a devilish grin. That would make me pretty cool, right? But then I tried it and did a Wile E. Coyote right into the roller rink wall. So I lost face (both figuratively and literally), not so cool, and immediately abandoned the practice.

The Hokey Pokey to the rescue! I thought the song was dorky. But I liked mockingly singing along while we all skated to the center of the rink, and then did the motions together–putting our left skatey-foot in and shaking it all about, etc. Why? Because every time I did it all goofy and snarky-like, some sophisticated 11 or 12-year-old girl would giggle and think I was, you know, cool! I even ended up talking (briefly) to a cute redhead who’d smiled at me. I finally scored with a girl!

A few years later, after my hambone had exploded along with my hormones, I evolved into a full-blown Drama Nerd, and discovered William Shakespeare. I not only loved his language (still do), but found I had a gift for Shakespeare-izing stuff, making everyday phrases sound like something the immortal Bard himself might have said back when he was trying to impress girls at the Stratford-on-Avon Roller Rink in 1597. I now knew two ways to get girls’ attention! And that, as Will says,

’tis what it is all about!

37 Responses to Shakespeare on Roller Skates