A Whoom! in the Room

Posted on January 8, 2022 by mitchteemley 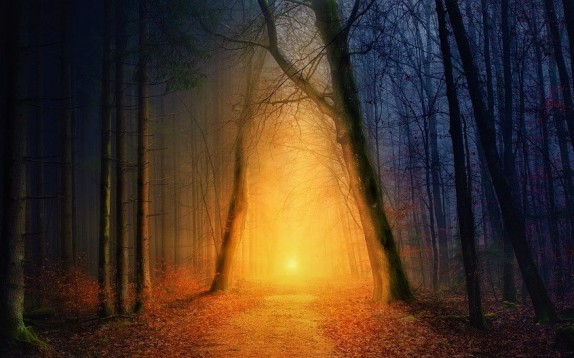 Ever since Aunt Aloysia had given them the mysterious Map, Gina and Zack Dore had been obsessed with it, as if their souls lived there rather than in mind-numbingly familiar Middleton. Zack went into Gina’s room every day to look at it, but in the two months since Aloysia left, nothing had changed. Life was still moving at the speed of tree sap.

Gina swore she’d lost interest, but the truth was she rolled the Map out every night, and sometimes even cried because she “missed” Ismara. Both of them could have drawn detailed copies from memory. It was more than just another objet mystére, it was their true home.

Zack was swimming at the Gutmacher Community Center pool when he spotted it. Ninety seconds later he was pedaling El Furioso as hard as he could, struggling to stay on the seat in his still-dripping swimsuit.

He crashed into the mud-room, blurred past the kitchen, and shot up the stairs to Gina’s room. “Did you see? The double moon is back!” He pounded illegally hard on her door. Nothing. He poked his head in. Empty. He went in and pulled the Map out from under her tall white bed frame.

Gina came in ten minutes later, sipping an iced latte from Middleton Mall where she and Missy Herbert had spent the day window shopping (Gina had pretended to be a Swedish exchange student, but it wasn’t fun like it used to be). She found Zack standing on the Map, positioned over a blue triangle-in-a-circle symbol on a snow-covered ridge high in the Northern Mountains.

“What?” Gina softened. She knew what he was thinking, what they were both thinking.

“I just wish I could go there,” said her brother.

A loud WHOOM erupted in Gina’s face. It was if though a tornado had come to life in front of her. The air shimmered and whirled. A blue flame swirled up from the surface of the Map. She fell back onto the bed, spilling her latte on her patchwork comforter.

The ends of the Map flew upwards as though it had been sitting on top of a giant fan. Then it rose several feet into the air and started spinning. The air vibrated and pulsed; all of the colors in the room, indeed the air itself, seemed to be rushing into the vortex at the center of the Map.

Gina pulled herself backward across the bed and fell hard onto the oak floor on the other side. There was a loud Ssssszzzztttt! She peered over the edge of the bed just as the Map stopped spinning and slowly drifted back to the floor. The edges shivered, as though the last bits of an electric charge were passing out of them. Silence.

And only then did Gina realize that…

Thoughts: Would you still desire that magical future, if you knew it would veer wildly and irrevocably off course? 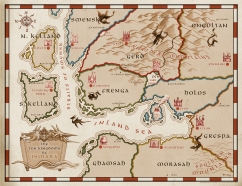 9 Responses to A Whoom! in the Room