Disaster Under the Double Moon

Posted on October 2, 2021 by mitchteemley 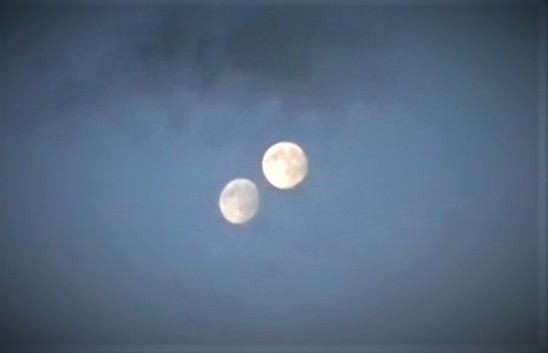 Zack shot a glance across his shoulder. The peculiar orb had remained visible for three weeks now. Most people called it “the double moon,” but some insisted it looked more like a 3-D image without the glasses. Whatever it was, it had first shown up the day of the Eighth Grade Promotion Ceremony, the day life as Zack and Gina Dore knew it had ended forever:

Even before the Dore family car came to a complete halt at redundantly named Middleton Middle School (“Mid-Mid” for short), Zack, twelve in every sense of the word, flew out the door, his yellow straw hair flaying his pale blue eyes.

“He’s going off to play with his immature friends,” his sister Gina graciously observed.

“Zacky, come find us before the ceremony starts!” Mom’s voice faded into the distance.

Zack raced across the athletic field, hungry to reconnect with his friends. He dodged multitudes of parents, who in turn were dodging multitudes of green and gold balloons as they searched for unclaimed folding chairs.

Zack spotted his second and third best friends Michael and Casey at their usual place just outside the 800 Building. There Zack, Michael, Casey, and Arman had spent the last two years doing the only thing, in Zack’s opinion, worth doing: pretending. In fact, Zack was so good at pretending, that his friends had long ago surrendered all control of play to him, not because he was demanding, but because his imagination was so much better than theirs.

But then last week, within three days of each other, Michael and Casey had both turned thirteen, and immediately begun to change. Which is to say, they’d begun to act the way they supposed all proper teenagers act: bored and superior, and completely uninterested in anything.

“Hey, slime monkeys!” Zack yodeled as he slid across grass and onto the concrete at the base of the steps.

Michael and Casey both started to laugh and instinctively reached out to grab his arms in order to soften the blow, but then, as if suddenly remembering Zack was made out of razor blades, Michael pulled back and stifled his laugh.

Zack crashed bottom-long into the cement steps. Undaunted, he bounced back up onto his feet and said, “Ta-da!” He’d have a black and blue butt for a week, but so what? At any given time at least some part of his body was black and blue.

Eerie silence. Where was the roar of appreciation? Even a small roar would have sufficed.

Michael murmured “hey” in a self-consciously low tone, and then resumed the cool-bored pose he’d been working on for the last week and a half.

“Sup?” said Casey, glancing uncertainly at Michael, then back at Zack.

“Did you guys see the double moon? I mean, it is SOOOO freaky!’

“Why, it’s abnormal, I tell you!” said Zack in his famous mad scientist voice.

“Yeah, it’s kinda yellow and blurry,” Michael offered with a “so what?” shrug.

Michael’s next words were chilling and, to Zack’s ears, pure evil: “We’re not doing that kiddie pretend crap anymore, Dore.

Thoughts: When asked why he wrote stories for children, Kenneth Graham (The Wind in the Willows) said it was because they were “the only really living people.” 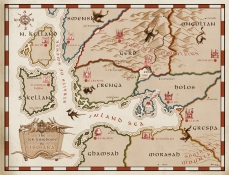 8 Responses to Disaster Under the Double Moon