If It Can’t be Explained, It Didn’t Happen

Posted on September 25, 2021 by mitchteemley 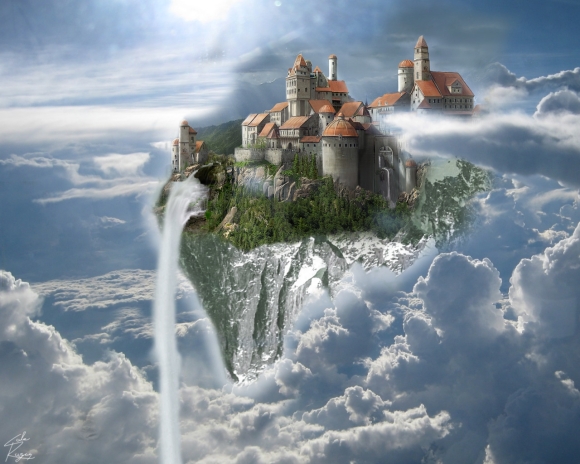 Zack Dore lived for the fantastic, for adventure, for the impossible. Which is why it was particularly ironic that he, of all people, should fail to notice when Mike’s Bikes, Sales and Service did the impossible.

It had risen six feet off the ground, and was now sucking in everything around it: manicured boxwoods, sleek Euro bike racks, a passing cat. Its entrance awning flailed like a blue and yellow striped tongue, its tinted doors gnashed like big glass bicuspids. It was clearly furious—furious because something had escaped its jaws.

That something was a startlingly large, alarmingly red-headed woman who’d passed under the awning just a moment before. She was tightly clutching what looked like a worn, rolled up carpet, and seemed intent upon preserving it at all costs. “Hah! Missed me!” she shouted as she hurried on.

At first the three other passersby simply stared, then one screamed, another walked into a juniper bush, and the third, an elderly lady from South Carolina, managed to faint. A passing driver in a pink Maxwell Florists van swerved, but then adjusted his mirror, cursed its “&#!?>!*%! wobbly bolts,” and drove on.

The startlingly large, alarmingly red-headed woman, now a building away, turned to chiropractor Marc Neitterbaum as he entered his office and said, “Sorry.” Dr. Neitterbaum blinked and mumbled, “Mmm-hmm.” He hadn’t seen a thing.

The entire incident lasted less than a minute. As quickly as it happened, it simply un-happened. Mike’s Bikes shuddered as if awakening from a nightmare, wafted listlessly down onto its foundation, and went back to sleep. The building’s human contents, Stu-the-Bike-Repairman and two wiry guys in tight checkered shorts, like travelers in a large passenger jet, had only felt a minor rumbling.

Doors, shrubs, bike racks and cat were all returned to their rightful places, and none seemed worse for the wear, although the cat hissed at anything that came near it for the next several days.

Of the three passersby, the man who’d screamed swore off coffee forever, the woman who’d walked into the juniper bush started regularly wearing her glasses again, and the old lady from South Carolina made an immediate appointment with Dr. Neitterbaum for a chiropractic adjustment. Within the hour, all were convinced that nothing had happened. Because, if there was anything the citizens of Middleton knew for certain, it was that…

If you can’t explain a thing—it didn’t happen.

The red-headed woman, whom no one recalled having ever seen before, hurried quickly on. And Zack Dore, who by now was five blocks south, had missed it all. Still, he felt more certain than ever that Middleton would never again be…

Thoughts: Believing only in what is possible is naïve. Unless you keep in mind the fact that all things are possible.

18 Responses to If It Can’t be Explained, It Didn’t Happen