What Happens While You’re Lost in Thought

Posted on September 18, 2021 by mitchteemley 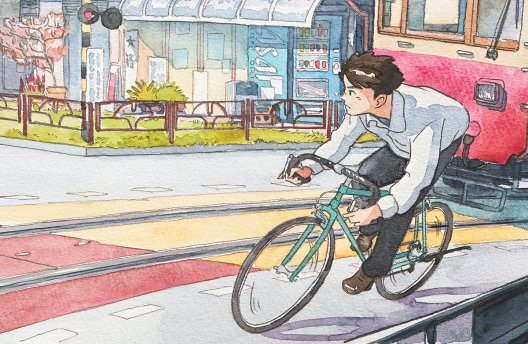 “Zachary Zinn rode like the wind on his faithful steed, El Furioso,” Zack narrated as he pedaled. Zachary Zinn wasn’t his real name, of course, it was his alter ego. Zinn, a super-hero with a crooked grin and muscles like veiny boulders, disguised himself as an ordinary kid (he bore a striking resemblance to Zack). And El Furioso was the winged, midnight-black demon stallion Zinn had saved from Hell.

Zack had been drawing pictures of ZZ and Fury for two years. One day he’d publish his first comic book, and the rest would be history. But in the meantime, he was Zachaeus Elliot Dore, named for the shortest guy in the Bible.

To Zack, imagination was everything, and pretend was the fountain through which imagination sprang to life, but recently that fountain had sprung a serious leak, and now he was desperately trying to repair it. That was why he was pedaling so intently toward Minzer Reservoir. Laced with wispy upside-down clouds floating in sky blue water, surrounded by the green-souled Kleemuk Hills, Minzer Reservoir was truly beautiful. But that wasn’t why Zack was headed there. It was because he hoped to find kids younger than himself to play with.

For the skeleton in Zack’s cupboard was that he still loved to pretend—deeply, desperately loved it. But when you’re almost thirteen, the list of guys your own age that are willing to play make-believe starts getting painfully short.

Zack’s mid-life crisis had begun a month ago when his best friend, a middle school giant named Arman Artunian, left for Armenia. “I gotta go hang out with foreigners I’m supposed to be related to,” Arman had complained. And now Arman, whom Zack had never passed more than two days without seeing, was gone—for nearly four months. It might as well be forever.

Zack was lost in thought, his principal address lately, as he pedaled down Third Street past Mike’s Bikes: Sales and Service that hot June morning.

Which may be why he failed to notice that the normally cheerful one-storey blue and yellow building that housed Mike’s Bikes had just risen six feet off the ground and was beginning to twist and maw at the air like a voracious cinderblock shark.

It should not have been able to do this, but there it was, salaciously sucking in everything around it. ZZ and Fury would have come to the rescue, of course, if their creator hadn’t…

Thoughts: Some people are realists, some are dreamers. The world needs both, of course. For without the former, the present goes to ruin. And without the latter, the future never arrives. Which are you?

27 Responses to What Happens While You’re Lost in Thought