The Wishing Map is Here!

Posted on September 4, 2021 by mitchteemley 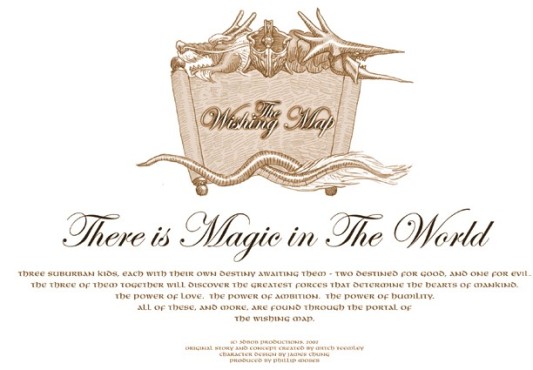 Preface: There’s Magic in the World

Bedtime is the time to stall. And asking for a story is the best way to do it. In response to such requests, many years ago I began improvising an ongoing story for my daughters about two princesses, who coincidentally happened to have the same names as them. Princesses Amanda and Elizabeth lived in a castle at the end of a cul-de-sac with Queen Mommy and King Daddy (hey, when you’re five-years-old this is great stuff).

Their adventures at the end of the cul-de-sac continued until one night when the princesses stumbled upon a fantastical world accessible only through a magical map given them by their enigmatic Aunt Aloysia. This was an immediate box office smash. From now on, my daughters insisted all of their namesake adventures be “Wishing Map stories!”

And so the epic continued all the way into middle school, when King Daddy (yours truly), who happened to be working in the movie biz, had an offer from another magical kingdom to pitch ideas for an animated TV series. The first thing I thought of was, The Wishing Map. The Disney folks were enchanted! So I developed the storyline and characters—the two heroes having morphed into a teenage girl named Gina and her pre-teen brother Zack—while the illustrators created concept art.

Everything was magical until one day some mid-level minions said, “Holy bleep! This is going to cost a ton-a-money!” In computer animation, the more settings and characters a show has, the more it costs—and The Wishing Map had scads of both. So the animated series was put on hold until I could create a book series that was successful enough to justify spending a bleeping ton-a-money.

Some years passed as this screenwriter learned to be a novelist. Meanwhile, the Disney deal faded away. But I didn’t care; I’d fallen in love with fiction writing! So I pressed on, creating an epic storyline involving ten ancient kingdoms and three mysterious strangers “from another world” (you can guess who two of them are, but who is the third?) According to ancient prophecy, these three visitors would one day either save or destroy the ten kingdoms—and their own world, as well!

Want to join me?

29 Responses to The Wishing Map is Here!