What a Mouse and a Kangaroo Taught Me About Life 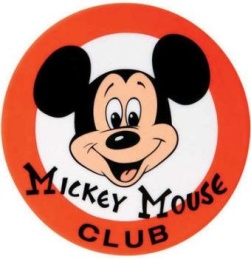 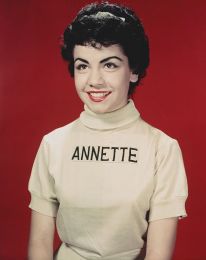 Apart from Mommandad and a few unusual friends, my first introduction to Life with a capital L came from a tiny black-and-white screen. And by “Life,” I mean storytelling, which virtually defines me today; some subtly-inserted values, which I’ll also cop to regularly doing; and humor, which runs a close second to storytelling in my universe.

When I was around age six, two classic kid’s shows, The Mickey Mouse Club and Captain Kangaroo, made my world a little bigger.

“Who’s the leader of the club that’s made for you and me? M-I-C-K-E-Y  M-O-U-S-E. Mickey Mouse!” (Donald: “Donald Duck!”) From Mickey I learned kindness and humility (alright, I’m still working on those). And from Donald I got my first taste of funny. I’d shout, “Donald Duck!” in my best duck-voice, and bust myself up. It was a while before I learned to bust anyone else up.

The Mouseketeers taught me:

Captain Kangaroo, a lovable guy with a Beatles haircut long before the Fab Four, taught me to accept everyone for who they were. I mean, the guy’s best friends were a Dancing Bear and a yokel named Mr. Greenjeans. But most of all, he taught me to be wonderfully, gloriously…

My first effort at public silliness was problematic, however. I’d decided nonsense words were the funniest thing ever. So, on one of my earliest visits to a screen much, much larger than our TV (and in color!), I delivered my first official punchline!

The old Paramount Theater in Los Angeles was spectacular. Along with its classic movie palace architecture, it was landmarked by a giant neon “P.” Which stood for Paramount, of course, but I didn’t care about that. All I knew was that, amid a thick crowd of people, I’d just thought of a funny-sounding word. “What’s that stand for,” I shouted, so everyone could enjoy the quip, “Penis?”

After dragging me away, Mommandad quietly explained that the word I’d just “made-up” actually meant (quick glance downward), that.

“Oh!” I said. But honestly? I thought it was even funnier after that. So I giggled all they way through the movie. I still had a lot to learn…

About some of life’s finer points.