Posted on November 7, 2019 by mitchteemley 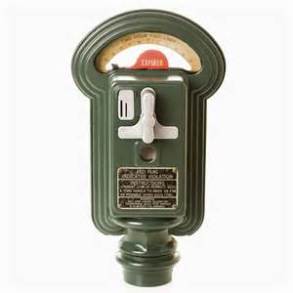 I’d just graduated from college and, being pragmatic, understood that becoming a Nobel Prize-winning author, legendary rock star, and Oscar-winning actor might take a few years, so I acquired a day job installing electronic security devices in retail stores. But I had almost no idea what I was doing, so in a way I’d already accomplished one of my goals: I was making a living as an actor.

It was a slo-mo summer day at a women’s boutique in Santa Monica, California, and the 60-something manager had nothing better to do than chat me up while I stripped wires and prayed nothing would catch fire. Mid-chat, however, she spotted a man on the Promenade and said, “I know him!” She hurried out the door.

Half an hour later she rushed back in, bursting to tell me about her encounter. She did know him: “We went to high school together, but I haven’t seen him in almost 50 years! I teased him, ‘How can you just sit around? Are you independently wealthy or something?’ And he said, ‘Yes.’ And he wasn’t joking! So, I said, ‘Really? How?’ And he said, ‘I invented the parking meter.’”

Whoa! Now she had my attention. It turns out…

The summer after Smart Guy and his buddy graduated from high school, they were “looking around” when they noticed a parking cop ticketing a car. Minutes later they spotted a wind-up alarm clock in a five-and-dime window. “Hey!” they said in unison, “what if we put one of those in front of every parking space?” So they pooled their resources and bought the alarm clock, then took it home, tore it apart, and figured out how to set it off with a coin drop. By the time they were in their 20s, their patented meter had made them both independently wealthy.

It took me a long time to process the information, but I slowly began to understand that success is not a matter of “designing our fate,” as if we lived in a one-person vacuum. Nor is it a matter of passively “waiting for luck;” the only thing I ever caught while napping was flies. It’s a matter of “looking around,” of being ready to use what we’re given. Not everyone is an entrepreneur, some are intrepeneurs, making small but significant in-house improvements–like the matchbox factory worker who figured out how to save his company thousands of dollars a year, by putting the striker on only one side of the box instead of two (true story).

But the greatest successes are human ones. Mother Teresa saved thousands of lives by figuring out how to feed India’s untouchables. Ancient Israel’s King Hezekiah “accidentally” rediscovered the teachings of Moses, and by reinstating them saved his nation from political and moral collapse. His secret to success? “In everything he undertook,” 1 Chronicles 31:20-21 tells us, “he sought his God and worked wholeheartedly. And so he prospered.”