Love. Before It’s Too Late. 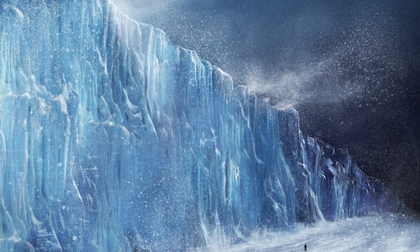 My dad, Bill Teemley, was ambitious, hard-working, and deeply conservative. I was a wildly liberal 23 year old who’d recently completed a “useless” Theatre Arts degree and moved back in with the folks.  Somewhere along the line a Game of Thrones-sized ice wall grew up between us. We barely spoke. Dad didn’t get me (I’m an only child, so everything is about me), and I sure didn’t get him. So I figured he never even thought about me. Still, with multiple non-job offers flooding in, I had time on my hands.

So I asked Mom what I could do about The Wall.

“Why don’t you go with him to pick up newspapers?” she replied.

Dad’s job as a newspaper dealer included picking up papers from the plant at 3:30 a.m. Seven days a week. So naturally my response was,

“Is there something else I could do?”

Mom looked at me and blinked.

So I told Dad I thought it might “fun” to go with him.

He woke me up at 2:30 the next morning. I thought I was in purgatory.

We drove to Denny’s where, to my surprise, Dad wasn’t a generic “hun” but a warmly hello-ed “Bill.” We avoided each other over omelets.

But the next morning, we actually had a conversation. It went something like this:

“The coffee here’s sure brown.” 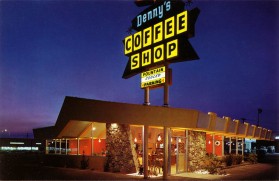 For three months, I went with Dad to pick up newspapers, always stopping at Denny’s, each time saying a little more.

We never had any Big Talks. But over those three months we slowly rediscovered each other. Nothing magical (unless you count being able to laugh together again magical). Just us.

When I finally landed a job and had to stop, I actually missed it.

Being a newspaper dealer, Dad had a couple dozen carriers, mostly college guys, who picked up their papers at 4:00 a.m. and disseminated them to the sleeping world. But every other week, one of them would fail to show up. And then Dad would have to deliver newspapers in the dark.

July 20th was one of those mornings.

I was still asleep when the phone rang. Mom answered it at her end of the house, but was suddenly next to me pushing on my shoulder:

She didn’t know any more than that.  She didn’t want to. Because if she knew more, it would make it real.

I drove us to the hospital through a sea of undulating hope and fear. Neither of us spoke.

When we got there, we gave them Dad’s name and were ushered into a room with a curtain. Suddenly Mom was the child and I was the grown-up. A doctor entered and pulled back the curtain. Mom gasped.

There was nothing there but Dad’s wallet and keys.

“No, wait, you mean they moved him to another–”

The doctor told us what little they knew: Dad had had a heart attack while delivering newspapers and been found several hours later. It was just enough to solidify the nightmare into a stony reality that we could never wake up from.

We drove home in silence. There were no undulating layers now. Only a grey, featureless sea of despair.

When we got home, I couldn’t cry. I had to be there for Mom. She moaned like an animal with its foot caught in a trap, never speaking any actual words.

Finally, a couple of hours later, I got up and thumbed through Dad’s wallet. It contained five photographs: One of Mom and four of me.

I called Mom’s sister and asked to her to tell everyone on both sides of the family.

Then I called my childhood best bud, Jeff, and asked him to tell all our friends. I was matter-of-fact. Monotone. I had to be.

“How are you doing?” Jeff asked.

And then I said what I hadn’t even known I was thinking:

“I never told him I loved him.” And the tears broke.

That was when Mom, as if released from a spell, suddenly stood up, crossed over to me and said, before enfolding me in her arms,

“You told him every day for three months.”

If you love someone—or, worse, if you fear you don’t—

Tell them you love them.  Now.

Always did. Always will. 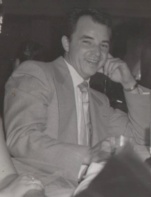 116 Responses to Love. Before It’s Too Late.