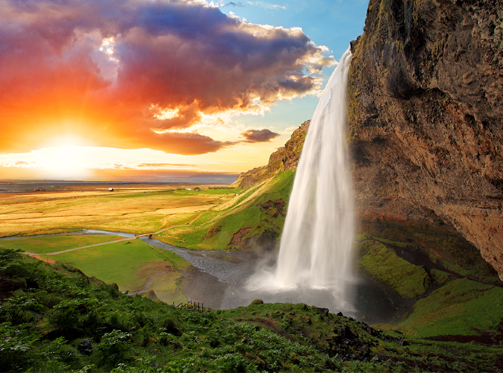 I’m a vision guy. I tend toward creative rather than management roles. But from the start, God made it clear my emphasis during my last big project (directing and producing the feature film Notzilla) would to be on leadership. So I turned to one of the greatest leaders in history: Moses.

Moses wasn’t a natural leader. He was a vision guy—great at talking to burning bushes, not so great at talking to hoards of Hebrews. He was also passionate and strong-willed (ahem, I can relate). He tried to beg off, but God wouldn’t take לא for an answer. True, God allowed his brother Aaron to help, but Moses alone was to wield the staff of God’s presence.

Things hit a major low when water supplies ran out (Numbers 20:3-8). So God instructed Moses and Aaron to “speak” to a particular rock, promising that when they did water would spring forth from it. But Moses was so frustrated with the quarreling Hebrews that instead he shouted, “Must we bring forth water from this rock!” And then he whacked it with his staff. Twice.

Misrepresenting God is near the top of God’s לא List. Result? After a glimpse of the Promised Land, Moses died. Why? Because, “when the congregation quarreled,” he and Aaron failed “to show forth God’s holiness” (Numbers 27:13-14). Instead, they placed the focus on themselves and on their anger.

I’d previously written a scene inspired by this incident in my fantasy novel The Wishing Map. But it took on new meaning when just before production began, God whispered, “This is your leadership paradigm.”

Oh, great! I thought. I just have to do better than one of the greatest leaders in history! But then I realized I had a chance at a Moses-Do-Over (something Moses never got). So I reviewed God’s instructions in Numbers 20:8: “Take your staff…and gather the congregation. Speak to the rock that is before them, and it will yield its water…so that they and their livestock can drink.”

I had both believers and non-believers on my team during this project, many of whom I cherish and will work with again. It was a secular project, but the crew of my previous faith-based film had many non-believing members, as well.

Even if you’re in ministry, you’ll end up leading believers and non-believers. You’re calling is always to humbly lead and, when the congregation quarrels, to faithfully execute no less than a Moses Do-Over…

And faithfully show forth God’s holiness!

37 Responses to 7 Components of Spiritual Leadership