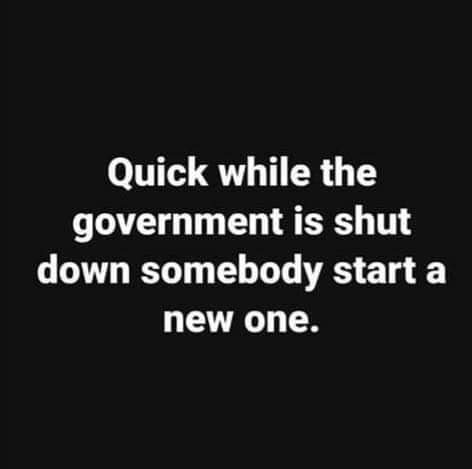 The U. S. is on the verge of its longest government shutdown in history (due, as always, to an impasse over spending). Meanwhile, Congress and the current administration are vying to see who can win The Blame Game.

Some thoughts on the subject:

“Insults are the arguments employed by those who are in the wrong.”          ~Jean-Jacques Rousseau

“Whenever we want to combat our enemies, first and foremost we must start by understanding them rather than exaggerating their motives.” ~Criss Jami

“Every time somebody opens their mouth, they have an opportunity to do one of two things–connect or divide.” ~Joss Whedon

“No one can persuade another to change. Each of us guards a gate of change that can only be opened from the inside.” ~Marilyn Ferguson