It was 30 years ago, just before Thanksgiving weekend, on one of the busiest travel days of the year. Los Angeles International Airport was crawling with pre-holiday misery. Planes were late and tempers were flaring. The holidays might be impending, but the holiday spirit was nowhere to be seen. And then the announcement came: Our flight to Denver had been cancelled. No reason was offered. Which meant the airline was responsible–if the airport or weather had been to blame, that would be the first thing they’d tell us.

Cranky passengers were greeted by an even crankier Steward. Allen (my partner in the comedy act Mitch & Allen) and I knew that FAA regulations required them to put us on a competitor’s flight if they didn’t have one of their own leaving within four hours. We also knew they would not offer this unless it was demanded.

The only person who seemed truly cheery was the man in front of us, a Texas CEO-type in an expensive suit with tailored Western lapels and (surprise, surprise) boots and a Stetson—in which he stood at least 6 foot 5 (7 foot 5 with the hat). He was warmly encouraging the “little lady” in front of him, a skinny single mom with wispy blonde hair and watery blue eyes, hefting a baby and towing a toddler.

When the young mom got to the counter, the acerbic Steward said flatly, “Sorry” (he didn’t sound like it). “Our next flight out is tomorrow at 9:15. Here are your tickets.”

The young woman began to cry. “But I…I got two kids and I don’t got no money for a hotel. All our family is in Colorado and—”

“Sorry. Next,” said the Steward, waving her aside.

“Next,” the Steward repeated.

The Businessman gently shifted her aside and stepped up the counter.

“Sorry,” the Steward began. “Our next flight is—” But his speech was cut short by the sudden tightening of his collar around his neck.

The Businessman had reached across the counter and with one hand lifted him approximately eight inches off the ground.

“You’re gonna put the little lady and her cubs on the next flight out of here. Aren’t you?”

“Right, you’re not ‘allowed’ to, you’re required to. And your gonna do it. Aren’t you?”

“And you’re gonna put ‘em in first class to make up for all the inconvenience. Aren’t you?”

“Good. I knew you’d have a change of heart, it bein’ the holidays and all,” the Businessman said warmly. “And don’t forget to apologize real loud so everybody can hear when you give her the tickets.” Then he quietly returned the Steward to terra firma. 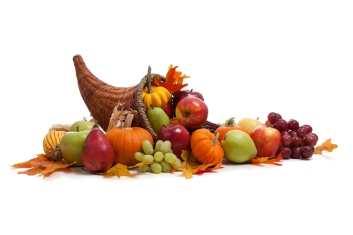 The holiday spirit had arrived.