Posted on October 5, 2018 by mitchteemley 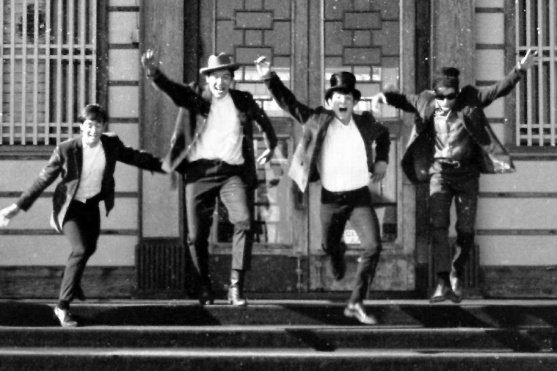 The band broke up. But Marc and I started to write songs. Our favorite was a McCartney-esque paean to the day we wrote it, Thursday. There was a stage dad a few blocks away who was desperate to turn his 13 year old into a rock star. So we sold him our cast-off tunes for date money. But we refused to sell “Thursday Song.”

After a few false starts, we managed to finagle a Sicilian-American drummer named Joey into auditioning for us. We’d never heard anyone…