Gun Control vs. Self Control

Posted on October 6, 2017 by mitchteemley 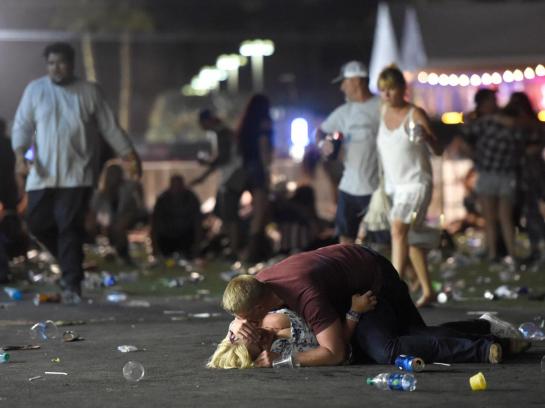 Every time there is a mass shooting in the U.S. the gun-control debate is revived. “Guns kill!” one side chants. “Guns don’t kill, people kill!” the others side retorts. And while it’s true that no gun ever killed anyone without a human pulling the trigger, it’s also true that no human ever killed anyone by pointing their finger and shouting, “Bang!”

The truth is: both statements are correct. Guns kill. And so do people. Therefore, any real solution must address both issues.

Guns kill. Modern weapons aimed at large crowds, as demonstrated in Las Vegas, kill and maim with hideous efficiency. Yes, the U. S. Constitution guarantees the right to bear arms. But the Founders clearly did not mean this to go unchecked: from the beginning, convicted criminals forfeited the right; and it’s long been the consensus that violently unstable people forfeit the right, as well. America’s half-baked registration process needs to be retooled with up-to-the-moment information about disqualified individuals, and about privately owned semi-automatic weapons and explosive devices (“bump stock” devices should be outlawed altogether). In the early days, guns were registered with town sheriffs. In the era of interstate travel, that information must be nationally coordinated. Will it stop people from killing? No. But it will diminish it. And diminishing human chaos is the best any law can hope for.

People kill. It has always come down to Self vs. Other. Cain (Self) slew Able (Other) because Able had something Cain wanted. The highest moral codes have always striven to check this bent, to promote selflessness over selfishness. But when accession to moral codes erodes, anarchy ensues. When the ethics-driven Roman Republic became the power-driven Roman Empire, truth faded: One-time legitimate sports and arts events devolved into spectacles in which human beings were raped, tortured and murdered as entertainment, as “artistic” statements. Plebeians were taught to believe in everything, while the cognoscente no longer believed in anything.

Modern culture is undergoing a sea change like that of ancient Rome, only it’s happening far more quickly. Former civic values—duty to God, family, country and community—have become outmoded, replaced by duty to Self. Can the trend be reversed before we dissolve, like Rome did, into chaos?  I don’t know.

Families, schools and communities would have to recommit to teaching the kind of selflessness depicted in stories like Casablanca, Schindler’s List, and Hacksaw Ridge. And the ultimate story of sacrificial love, the story of Jesus on the cross, would have to be mirrored far more effectively in the lives of His followers. They can’t make people believe, but they can model selflessness, they can live it (the word Christian means “like Christ”). In fact, that’s what He calls them to do in Luke 9:23-24. He doesn’t command them to take up arms against Rome. He says, “Take up your cross,” die to yourself, and in the process, show others

63 Responses to Gun Control vs. Self Control