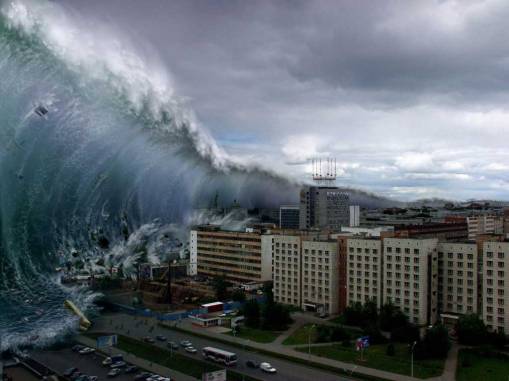 I am profoundly disturbed by the current rise of nationalism in Europe, in the Americas, in the Middle East, in nearly every nation on earth. Powered by the false logic of isolationism and protectionism, each successive wave of nationalism crashes down with increasing vehemence on anyone who can be blamed. A current meme urges Americans to support “Veterans Instead of Migrants.” This is a false dichotomy—there is no legislation in the U.S. requiring citizens to choose between these two factions. Nevertheless, leaders who argue against such “patriotism” are sucked under. And in their place, self-serving extremists rise on the tide of nationalism, spewing the seductive froth of Us vs. Them.

The last time the flood rose to this level (the 1930s), fed by storms of recession, it

erupted in a worldwide tsunami. Opportunistic ideologues (Hitler, Mussolini, Tojo, Stalin) “rescued” their nations, empowered by nationalistic fervor, and murdered millions before their neighbors finally banded together and beat back the tempest. Three lifetimes later, the world is still suffering from the devastation of that event.

Can we stanch this new tide of nationalism before new tyrants rise up on the flotsam of patriotic fervor, and drag us into World War III, killing millions in the process? I pray we can. Because, guess what?

There is no them. There never was. There is only us.

“You have heard that it was said, ‘Love your neighbor and hate your enemy.’ But I tell you, love your enemies…so that you may truly be the children of your Father in heaven.”  ~Matthew 5:44-45

45 Responses to Us vs. Them