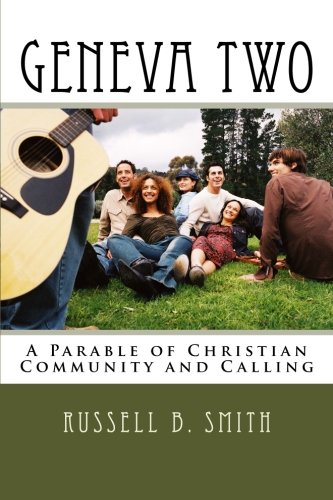 For those interested in exploring the idea of an all-in Christian lifestyle, the modern-day equivalent of the New Testament church, Geneva Two is a wonderful introduction.

Neither is it an escape from modernism: these smart phone-using, office job-holding, website-building folks dwell in the midst of modern society.  The point, in fact, is to live “intentional” lives centered on loving God and one another, in the midst of a culture that seems more-and-more to be about unintentional living, stumbling through existence grasping at temporal baubles.

Life as a believer is not an “I got mine” proposition; Jesus’ said “rivers of living water” would “gush” (overflow) from his followers’ hearts (John 7:38).  In other words, we’re not bathtubs, we’re drinking fountains.  And he has called us to be a collection of fountains (the New Testament word for church means “called together”) through which his love and healing can flow into a thirsty world.

Geneva Two captures the spirit of that calling, and may just inspire a new generation of “romantic realists” to live that life…